The ghada is a cloth used for carrying light loads in the area of the Annapurnas where I lived for a couple of months. Adjacent corners are knotted together, then slipped over an arm and the head from opposite sides of the body so that it hangs as a pouch across the wearer’s back and can be reached into from the front & around the sides. 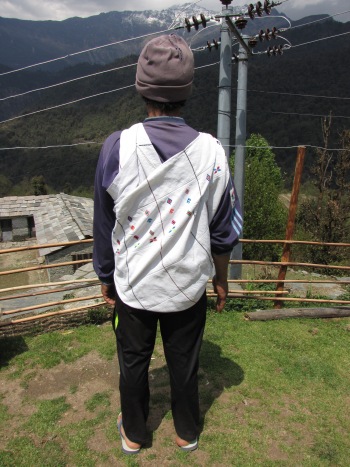 It is made by joining 3 or 4 strips of cloth that have a blue and red stripe running down their centres, and several narrow textured bands running weft-wise. I saw these plain ghada being used by both men and women for carrying. 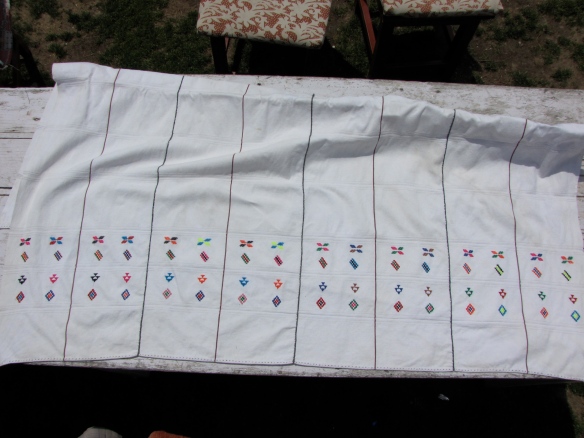 Some ghada are woven with supplementary weft motifs in one end, and these I saw being worn by the men on more formal occasions, such as a school committee meeting or festival. It was the only item of traditional dress that I noticed the men in this area wearing.

I was especially interested in the small motifs, as they didn’t show on the reverse of the cloth, and I wondered if the weaving technique was the same as I’d been taught in Bhutan. 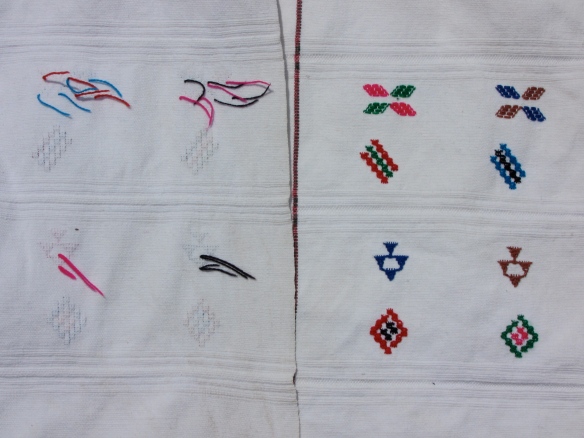